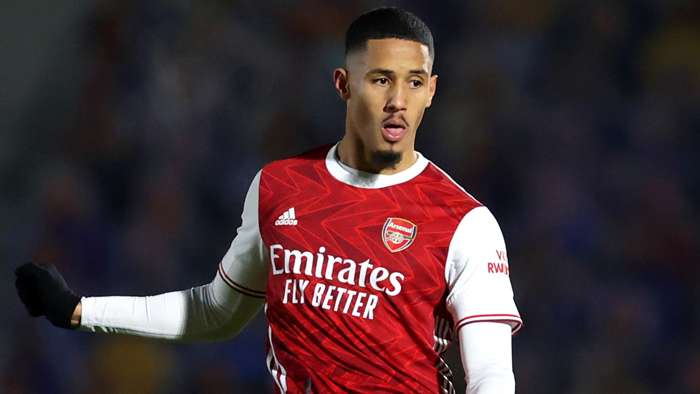 William Saliba has questioned Mikel Arteta’s snap judgement on him at Arsenal, with the highly-rated defender claiming to have been given “two-and-a-half” non-competitive matches in which to prove his worth.

He is still waiting to make hisdebut for Arsenal , despite questions being asked of Arteta’s side at centre-half, but that won't be coming any time soon as he spends the remainder of the current campaign on loan at Nice.

“He (Arteta)judged me on two-and-a-half matches,” Saliba told RMC Sport.

“I would have liked for him to play me more. But he told me I wasn't ready.

“I was waiting for him to give me a chance, but football is like that.”

The Gunners boss told reporters when sanctioning a move for Saliba in early January: “He will come back for pre-season and he will be with us, and hopefully he will come back after playing a number of games and with his performances raisedand his development progressing in the right way. That is why we made that decision.

“I know that sometimes it is difficult to explain or understand after the money the club spent bringing him in, sending him on loan, but a lot of things have happened to him, he is a long-term player for us and we need to protect him as well.

“Giving him three or four games is not enough for him, he needs much more than that but what has happened over the past 18 months, he has gone through some personal problems as well that we have to try to help him with, and stay as close as possible to him, and now he needs to play, play and play and enjoy his profession as well.”

Arsenal invested £27 million ($34m) in Saliba when snapping him up fromSaint-Etienne.

Rival interest in the youngster was fended off at that stage, with north London neighbours Tottenham said to be keen, and a shrewd addition appeared to have been made.

Saliba is, however, yet to take in a single minute of competitive action for the Gunners.

His only two outings for the Premier League heavyweights have come in the Football League Trophy, with a red card collected in a 3-0 defeat to AFC Wimbledon the last time he graced an Arsenal shirt.

The talented teenager, who is tied to a long-term contract at Emirates Stadium, has since gone on to take in seven appearances for Nice.

This is the third interview Saliba has done in as many weeks and you have to wonder what Arsenal think about his willingness to discuss his thoughts so publicly.

Yes, he has every right to feel frustrated at the way his situation has been managed since his move to north London, but if he harbours any hope of returning to Arsenal and making a success of his time there, he would be best served just getting his head down and focusing purely on performing for Nice.

Mikel Arteta has shown already he is not a manager who likes to have his authority questioned, so Saliba is playing a risky game with his very public comments about the Spaniard.

Sources at Arsenal remain adamant that they still see Saliba as a big part of the club’s future so they will be delighted with the impressive performances he has been producing since joining Nice. But there’s no doubt that they would prefer to see the young centre-back do all of his talking on the pitch from now on, rather than in the newspapers.