Crouch offers his services to Liverpool as ‘unconventional’ centre-half option 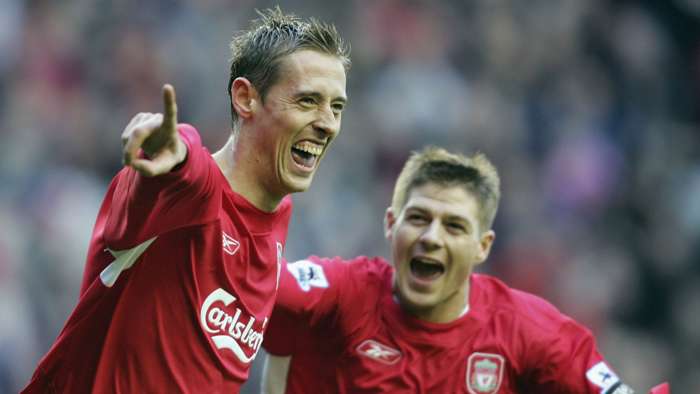 Peter Crouch has offered his services as an “unconventional” centre-half option for Liverpool, with Jurgen Klopp still in the market for defensive additions on deadline day.

An approach for Preston defender Ben Davies isin the pipeline, with those at Anfield preparing to do a cut-price deal for a 25-year-old that is due to become a free agent in the summer. That may not be the only move made by Klopp before the winter window slams shut, with a number of other avenues being explored.

Liverpool area eager to ensure that, with several players nursing injuries, they have enough strength in depth to maintain challenges for major silverware on multiple fronts.

That could mean that a second centre-half is sought to slot in alongside Davies.

Crouch says he will be sitting by the phone waiting for Klopp’s call, with the former Reds striker boastingaerial prowess at six feet seven inches tall to provide cover for of Virgil van Dijk, Joe Gomez and Joel Matip.

“Oh for the chance!” Crouch, who spent three years at Anfield between 2005 and 2008, told the Daily Mail.“I quite fancy myself bringing the ball out from the back.

“I'm surprised Liverpool haven't signed one yet but it looks like it will change, with Ben Davies possibly coming in from Preston. Maybe they will try to do something else as well?

“I have to say Jordan Henderson has been brilliant in the role, as has Fabinho. They have done an excellent job in tough circumstances - but, Jurgen, if you want to try something unconventional, and I know you are reading,my phone will be on all day.”

Liverpool have had to get creative in their team selections at times this season, with senior stars being laid low at regular intervals.

Club captain Henderson has stepped back out from a midfield berth in the club’s last two Premier League outings, with Nat Phillips slotting in alongside him after seeing Fabino and Matip ruled out.