'Davies is a steady Eddie but Phillips is better' - Liverpool defensive issues won't be solved by Preston star, says Lawrenson 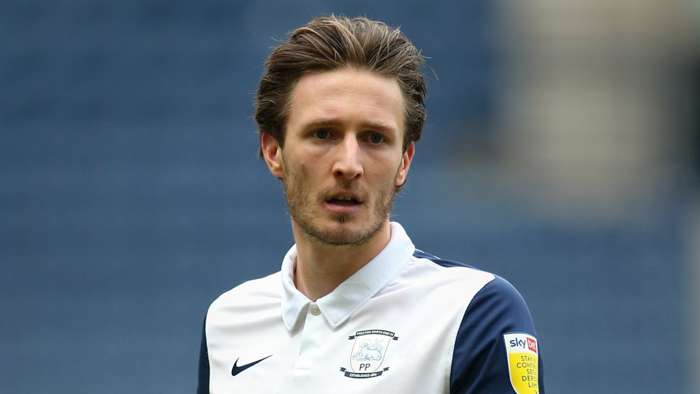 Jurgen Klopp hasbeen seeking cover at centre-back amid an injury crisis which has seen Virgil van Dijk, Joe Gomez, Joel Matip and Fabinho sidelined, and appears to have finally landed his man.

Davies is set to undergo a medical at Anfield on Monday, with it reported thatDutch defender Sepp van den Berg will head to Preston on loan as part of the deal.

The 25-year-old rose through the youth ranks atDeepdaleand has had loan spells atYork City, Tranmere, Southport, Newport County and Fleetwood Town, but has never before had a taste of top-flight football.

Lawrenson is a keen admirer of Davies, but doesn't think he has the experience or quality to force his way into Klopp's starting XI ahead of Phillips, who has stepped up in the absence of a number of key players over the last few months.

The Liverpool legend told BBC Sport: "Ben Davies has done well at Preston and has let his contract run down so he was going to move on in the summer. If he'd gone to Celtic, which I'd heard had been agreed, then I was thinking he could do well there, but being honest I didn't really see him as being good enough to be on Liverpool's radar.

"He's a real steady Eddie. He's left-footed and quick enough but he's not got phenomenal pace or anything like that. He's been good in the Championship, very good.

"I've watched him and thought, up against the extra nous and quality you get in the Premier League, on top of extra pace, it will be a test for him. You wouldn't want to just throw him in to face Manchester City next Sunday, put it that way.

"This is obviously a great move for him, I just can't see him getting near the first team. Nat Phillips has done well when he's come in and he is probably a better player.

"So, Davies would be behind him and also Rhys Williams, so even before Joel Matip comes back and the other two long-term injured players - Virgil van Dijk and Joe Gomez - he is going to be below them on the list. And Fabinho and Jordan Henderson too.

"I am not sure he will play very much at Liverpool, but the experience alone should be fabulous. I hope he experiences playing in the first team, but even if he is just sitting on the bench then it is still great for him.

"He has come through the ranks at Preston, learned his trade with loan spells in the lower divisions and improved a lot. He has done really well.