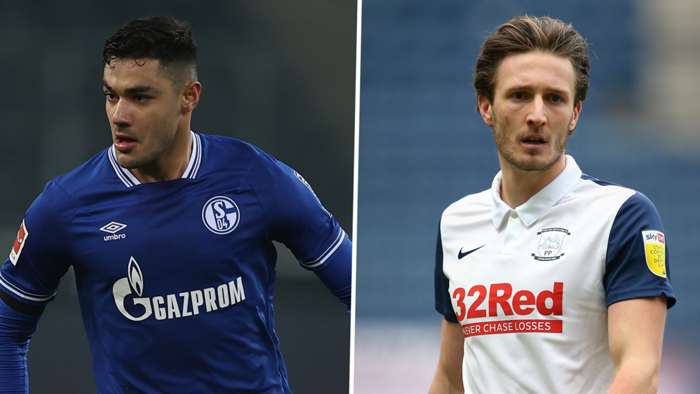 Jurgen Klopp admits it is unlikely that he will throw new signings Ozan Kabak and Ben Davies in at the deep end for Liverpool against Manchester City this weekend.

Klopp’s side sit fourth at present, seven points behind City who also boast a game in hand on their rivals.

Liverpool could be boosted by the return of key players for the game. Goalkeeper Alisson Becker and forward Sadio Mane returned to training at Kirkby on Friday having missed the midweek loss to Brighton through illness and injury respectively, while Fabinho is also in contention after a muscle problem.

They also have two new centre-backs to consider, with Ben Davies and Ozan Kabak having arrived on transfer deadline day.

Davies was on the bench against Brighton while Klopp confirmed on Friday that Kabak’s international clearance had been received, meaning the Turkish international is available for selection on Sunday.

The Reds boss did, however, voice a note of caution when it was suggested the pair could both feature in the game.

“Of course everything helps,” he told reporters. “Now we have different options and that’s good. It is the best news we could get.

“Now we have to make sure the new-boys get all the information they need as quick as possible. In another position you could say ‘come on, play, try, we will adapt to you’ but in the defence the things we do are really clear; it’s about holding the line, it’s about dropping in the right moment. There are a lot of things we do that teams do different.

“We will see how quick we can do it. Today is an important session for that, and then we will see what we will make.”

Asked if he was prepared to play both of his new signings together, Klopp replied: “No. If I don’t have to, no.”

Klopp admits that Sunday’s game is likely to be decided by how well his side defend. City arrive on Merseyside on a run of 13 straight wins in all competitions – the first English team to achieve such a feat since Arsenal in 2002.

“We will try to do the right things,” Klopp said. “These are special games. That’s how it is. But in the end it’s only three points.

“Obviously City are in a slightly different moment to us, and we should not forget that, but one thing is clear; if you don’t defend on the highest level against City then you don’t even have to think about getting anything from the game.

“The last time against City we had a good idea for about 25 minutes and then it became an open game again. That can happen.

“We had a home game here where I think Kyle Walker didn’t pass the halfway line! That was surprising, but still they had the chance to win it in the last minutes with Riyad Mahrez’s penalty.

“We all know how much supporters help. We always knew it. For a long, long time we could ignore it, result-wise, but not in the last few weeks. We have to make sure that atmosphere, good or bad, doesn’t make a difference.