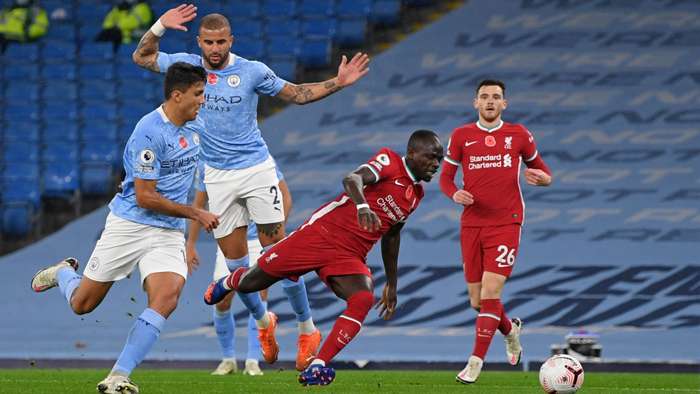 Liverpool will be desperate to breathe some life into their faltering Premier League title defence when they welcome Manchester City to Anfield on Sunday.

However, they are unbeaten in 19 home games against this opposition and available at 12/5 (3.40) to give themselves a much-needed morale boost by coming out on top.

Pep Guardiola’s men come into this clash on the back of a 13-game winning streak in all competitions and are 21/20 (2.05) favourites to effectively extinguish the champions’ title hopes with a win here.

The sides shared a 1-1 draw in the reverse encounter at the Etihad Stadium, and you can get odds of 11/4 (3.75) on them cancelling each other out once again.

Kevin De Bruyne and Sergio Aguero remain unavailable, although Nathan Ake could be back in contention after missing the last 10 matches.

While their record at this ground is poor, the Citizens will see this is a huge opportunity to make a major statement in a title race that is looking increasingly low on genuine contenders.

Having won nine consecutive league games while conceding just a single goal, it is hard to see anyone stopping the current leaders in their pursuit of a third title in four seasons.

Indeed, Jurgen Klopp’s men look a pale imitation of the team that ran away with the league last campaign, with the extensive injury list and hectic schedule of matches evidently taking its toll given some of their lacklustre recent performances.

Without a goal in five of their last seven league matches and having failed to score in three in a row at home for the first time in almost 40 years, those 21/20 (2.05) odds seem too good to pass up on Liverpool suffering yet another defeat against a dominant City outfit.