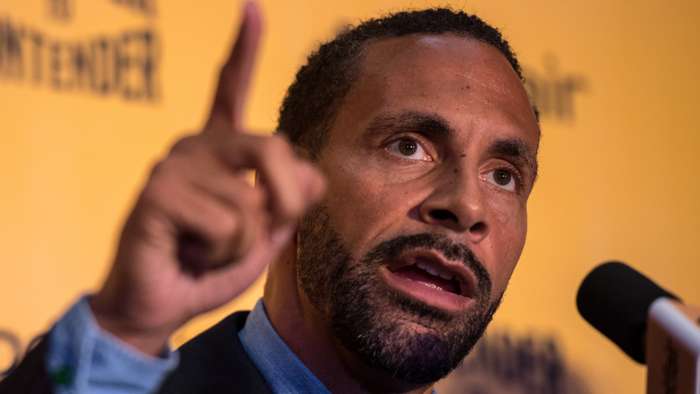 United are five points adrift, having played a game more than City, and Ferdinand feels the opportunity to win the Premier League in 2020-21 has gone.

'You can't defend it,” the former Manchester United man said on Rio Ferdinand Presents FIVE. “Man United were sitting pretty at the top of the league.

“You see the league table, you look at the results, you get excited. When you put yourself in that position, Man United have to strike.

“When there's an opportunity you've got to go. The problem is we've let this opportunity slip through our hands.

"You can see Man City with their experience, they've smelt blood, they've put their heads down, they've gone.

“But Man United have stuttered, we've got the choke going in and out, haven't got it quite working properly.

“We have choked, it's simple as that.

"I'd put us out of the title challenge unless we go on a run and we change our habits and our lack of consistency.

“But I haven't seen enough to suggest we can go on a ten, 15-game winning streak. We're tripping ourselves up all the time.”

They are still in the title mix, five points is not a huge gap in what has been a hugely unpredictable season.

However, City have the momentum of a runaway freight train at the moment - having amassed a top-flight record of 14 wins on the spin in all competitions.

Not only are Pep Guardiola’s side the form team in the division, they are playing the best football and have also shown an ability to grind out results. It would take a huge dip for the men from the Etihad not to win the title.

United came into the season with few expectations, and many felt they would struggle to break into the top four. That now has to be the aim, which would allow manager Ole Gunnar Solskjaer to build again - knowing Champions League football had been secured -and strengthen his squad in the summer transfer window.