Son Heung-min celebration: What is the meaning behind Tottenham star's camera gesture? 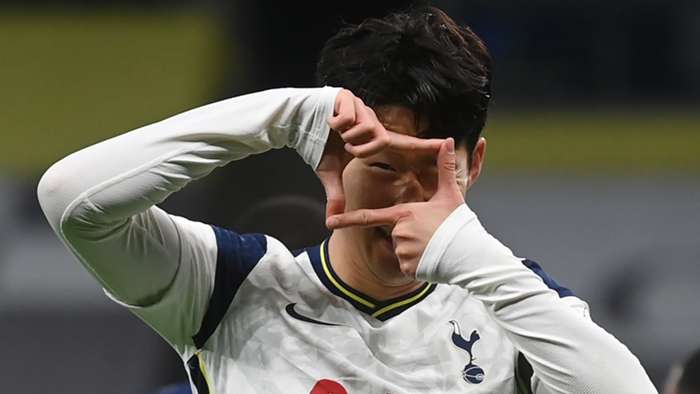 Son Heung-min has carved out a reputation as not only one of the Premier League's most prolific forwards, but as one of the top-flight's nicest people as well - and it is rare to see him unsmiling.

You might be familiar with the camera celebration Son does right after he scores a goal - but what is the significance of it? Goal takes a look.

After Son hits the ball into the net, he often celebrates in the direction of the camera, shaping his fingers into the motion of pretending to take a picture with a camera.

Paired with his signature grin, it is a trademark celebration of the Tottenham forward.

"Maybe a year ago, I was thinking about what could be a special celebration," Son said.

And then whenasked about why he is so happy and smiling all the time, Son said: "It's because I love football. I love being here, and playing with my team-mates and with this amazing team."

Son has impressed under the management of Jose Mourinho at the North London club, and will be exempt from serving 21 monthsin the South Korea military after first earning a shortened spell after guiding his side toa gold medal at the Asian Games.

He did, however, still have to serve a few weeks' worth of service in South Korea, which he completed during the first month of the UK Covid-19 lockdown in April-May 2020.

The forward said at the time:“It was a good experience.